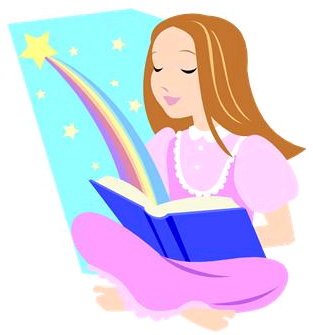 Miri Attwater and the Ocean's Secret's first-ever review by a book blogger.

At Books Complete Me, reviewer Nicole "...had a hard time putting it down...." and gave it a five book stack "Amazing" rating!

For the full review go to Review: Miri Attwater and the Ocean's Secret, at Books Complete Me.
Posted by E.S. Ivy at 10:49 AM No comments:

Where's all the sparkly princess stuff? 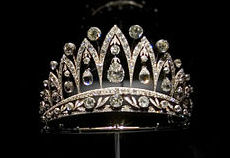 In Miri Attwater and the Ocean's Secret, Miri's excited when she finds out she's a princess. She imagines herself stepping into a fairy tale, wearing beautiful gowns and, of course, a tiara! But as if being a mermaid doesn't ruin things enough, when she meets the Queen she isn't even wearing  a crown. What fun is being a princess if you don't get all the sparkly stuff ?

A reader asked for something from Book 2, so here's a pre-release excerpt! Like an ARC (advanced reader copy) there may be mistakes, and it's subject to change.

Miri was completely and totally lost when she came across a door with a plaque that said, “Colonial Crown Room.” Now that sounded interesting. She opened the door.

The gilded room was almost completely empty. But everything in the room sparkled, from ornate mirrors framed in gold to the fountain at the back. And, in the center, sitting on a pillow atop a pedestal, sparkling the most, was a crown.

Aquamarines and pearls were set in swoops and curls like ocean waves with two jeweled fish in the center. That was one important piece of jewelry, to get a room all to itself.

Miri slipped inside the door to get a closer look. She jumped when she caught a movement out of the corner of her eye, then realized it was just her reflection in the mirrors. Lots of reflections, actually. As she walked, a crowd of images moved at the same time. The mirrors completely encircled the room and reflected the crown and each other in an infinity of images. No matter which way she turned, there was another mirror, another crown, another her.

Miri extended her arms above her head like a ballerina and went up on her toes. A thousand copies, down to one so tiny that she could barely see it, struck the same pose in perfect unison. It was like pulling the string on a thousand puppets at once.

Miri bent one knee in a plié and pushed off with the other toe into a spin. She did another spin, then a spin and a half. Round and round the room she went, turning pirouettes around the crown. She stopped, and had to put her foot out to balance herself as the room tilted underneath. When the floor finally steadied, she started spinning again.

Miri bumped into the pedestal and grabbed it to keep from falling. She had stopped, but the room continued to spin around her and the crown. When everything finally settled down, she looked at the crown more closely.

The smaller fish on top was orange citrines with a sapphire eye, while the larger one below was decorated in stripes of yellow diamonds and black pearls. The base of the crown was circle of large aquamarines, each of which – Miri noticed with surprise – had a dolphin carved into the back of it, like the aquamarine in her ring!
The crown was so pretty. And it was just sitting there. Miri couldn’t help but wonder how it would look on her. She very carefully lifted it from its cushion and was surprised by how heavy it was. She faced one of the mirrors and lowered it onto her head.

“I crown thee, Princess Miri.” Her voice echoed around the empty room.

The crown was a bit big. It was tricky to keep it balanced, but its weight held it down. She gave her head a little nod to see how secure it was and it slipped forward. She reached up to grab it, but not before it whacked her on the forehead pretty hard. No wonder queens and princesses moved so regally. They were moving carefully so they wouldn’t get a concussion from their crowns. Holding her head steady, she gave a stately wave to the mirror and a throng waved back. Then, getting braver, she slowly turned her head this way and that, waving to all of herselves. The crown twinkled with the slightest movement of her head. She felt so elegant, so regal.

Miri admired the crown at all angles in the mirror. She was trying to see the back of it in her reflection when she noticed someone watching her. She jumped, upsetting the carefully balanced crown. As it fell she reached out to catch it, and missed!

The crown hit the floor.

The girl darted past Miri and caught it on the first bounce. It was the girl who had served her at the lunch with the Queen. The girl silently turned the crown this way and that, carefully examining it all over.

Had she broken it? Miri’s heart was beating like a goldfish trying to jump out of its bowl. She should have thought before trying on something like the royal crown.

At last the girl quit turning the crown around in her hands. She held it up to Miri silently, her head down.
Miri was afraid to ask, but she had to know.

The mergirl nodded yes, keeping her head down.

The girl nodded her head again, but she still wouldn’t look at Miri.

The girl looked shyly up through her lashes at Miri and said softly, “It’s fine. I dust it every week, so I look at it quite a lot.”

A warm wave of relief flooded from the top of Miri’s head all the way down to her toes. She was really glad she didn’t have to tell the Queen she broke the crown. She didn’t think the Queen was someone who would understand. When Miri still didn’t take the crown, the girl finally crossed the room and carefully placed it in the center of the cushion.

The girl turned halfway toward Miri and gave her a small smile before turning back to dust. She sure wasn’t very talkative.

Giselle blushed and ducked her head. “Thank you,” she said. Then she kept on dusting. Miri stood self-consciously behind Giselle watching her work. Now what?

Giselle glanced up, and blushed again. “Oh, I should leave.” She started for the door.

“Don’t worry. I’m not going to tell on you,” said Giselle.

"Please stay," Miri said again. She cocked her head to the side. Giselle looked to be about her same age. “Hey, why aren’t you in school?”

“Oh,” said Giselle as she started dusting the crown again. “I’ve got work to do.”

“You clean all day.”

“Not all day,” said Giselle quickly as she finished the crown and started dusting the pedestal. “My mom gives me lessons. And I’m learning to be a chef. The head chef, Master Kuchler, lets me watch. He does the most fantastic sugar art.”

“Sculpting sugar to make decorations for desserts. I’ve even seen him make an entire jellyfish out of blown sugar. He’ll be making lots of fancy stuff for the coronation.”

“But what do you do for fun?” asked Miri. “Not that school is fun,” she added quickly, “but there is recess.”

“You know, where you clap with someone in a pattern while you chant a song.”

“Well,” Giselle hesitated. Then she put down her dust rag. “Okay, sit across from me.”

They both sat down on the floor with their legs crossed and Giselle showed Miri the clapping pattern, alternating clapping, slapping their legs, and clapping each other’s hands both double and single.

“Now we put it to a song,” said Giselle. She started out slowly so Miri could keep up.

As the singing chant went on Giselle had gotten faster and faster. Miri found it harder and harder to keep up and started giggling. That only made it worse. Toward the end Miri wasn’t getting any of it right – she was slapping her legs when she needed to clap Giselle’s hands and trying to clap Giselle’s hands when Giselle was slapping her legs. By the time Giselle finished, they were both laughing.  But then Miri had an awful thought.

“Did a shark really get a princess?”

“My mom says that’s just a rumor. She doesn’t think it’s true. Besides, the princess had red hair.”

Email ThisBlogThis!Share to TwitterShare to FacebookShare to Pinterest
Labels: Book 2

Do fish really come in that color? Yep, really!

This is a photo of a yellow tang, like Miri saw at the aquarium park. See the tiny white spot at the base of its tail? That's the piece of bone that is as sharp as a surgeons scalpel! Another name for tang is surgeonfish.

When I went snorkeling for the first time off the Big Island of Hawaii, we looked down on the rocks in the water and noticed bright yellow stripes. We thought it was really nice of the local swimmers to paint them so  newcomers would know the best place to enter the water. But when we got in, the "stripes" swam away! They were a bunch of yellow tangs! They were so bright that they seemed to glow like the yellow stripes on the road at night.

The aquarium wasn't the only place Miri saw Yellow Tangs. Can you remember another place she saw them?

A reader asked if I have a preview of the cover of Book 2. Sadly, I do not. I'll tell you what I do have, though. And excerpt of Book 2 coming next week! So don't take your eyes off this blog!

Speaking of watching the blog, usually I would say to sign up with the Followers gadget in the right side bar so you won't miss any posts. But the official gadget provided by Blogger does not seem to be working. From my search of the forums, lots of people seem to be having trouble with this. I apologize, but if the gadget kicks you off the Followers list, please sign back up.
Posted by E.S. Ivy at 4:08 PM No comments: